BloodMania was filmed entirely in Calgary from July through December 2014. We are proud to say that 98% of the cast and crew were from the City of Calgary.

Producer James Saito managed to round up the cream of the crop of Calgary actors to appear in the film and accompanying promotional videos including:

Mr. Lewis himself directs two segments, while the other two are directed by emerging local talents Kevin Littlelight and Melanie Reinboldt.

For Special FX Make-Up we naturally chose Dave Trainor whose effects have been seen in “Blade 2”, “Tucker and Dale Vs. Evil”, and AMC’s “Hell on Wheels”. Dave was recently nominated for the Los Angeles Guild of Make-up’s Prosthetics Award for his ongoing work on FX Network’s “Fargo”.

Mr. Lewis and Mr. Saito have been appearing on numerous international podcasts to promote the film, and the first press release in regards to the film was translated into 8 different languages within its first 24 hours. Such is this motion picture’s appeal to Herschell’s many fans worldwide.

Brewster Bricabrac is having a very bad day. He has botched a hostage taking, is on the run from the law, and worst of all is possessed by a demonic prosthetic hook he wears because…well you’ll just have to watch to find out why. This screenplay was written and directed by Herschell Gordon Lewis, and contains the wit, violence, and satire that his legions of fans have come to associate with his work.

In this tale of suburban horror, a family moves into a new home never suspecting that they will be sharing it with something that simply shouldn’t be……..

When used deceptively the words, “I love you” can kill a person, as Julie Cook discovers in this terse tale of psychological horror that will keep the viewer guessing until the very last frame. What Julie discovers about fidelity and revenge will haunt her for the rest of her days….

An all-female 80s tribute band shooting their first big music video get more than they bargained for after they decide to fire their longtime Manager, Gordo. They soon find that Gordo harbors a secret past of his own in this insanely hilarious and bloody homage to the slasher films of the 1980s.

Only one film-maker can claim the title “Godfather of Gore.” That peculiar but apt identification seems to be the exclusive property of Herschell Gordon Lewis. With an unusual background that included teaching English Literature to college students, producing and directing television commercials, and voicing radio and television commercials, Herschell literally – and single-handedly – established the “Splatter Film” category of motion pictures. He accomplished this by writing and directing (including the musical score) a mini-budget movie titled “Blood Feast,” shot in Miami in 1963 and released theatrically the following year. As critics lambasted the primitive effects and inattention to script and sub-par acting, audiences flocked to theaters to see why friends who had reacted to the movie’s fiery marketing campaign had said, “You gotta see this.”

Armed with box office grosses, Herschell and his producer-partner David Friedman quickly decided to build onto their newly-discovered base. Herschell wrote and directed “Two Thousand Maniacs.” The lead singer of the musical group hired to perform background music had a tenor voice. Herschell had written the title song, “The South Gonna Rise Ag’in.” He wanted a baritone, and without hesitation he made the switch: the voice on the sound track is his. After their third splatter film, “Color Me Blood Red,” David Friedman moved to California, engaging in a different type of motio0n picture. Herschell continued to grind out one success after another, with titles such as “The Gruesome Twosome,” “The Wizard of Gore,” and “The Gore-Gore Girls.”

When major film companies began to invade his splatter-turf, Herschell took a hiatus, shifting full time to his “other career,” writing advertising and mailings for marketers worldwide. He became one of a handful of experts to be inducted into the Direct Marketing Association’s Hall of Fame. (Author of 32 books on marketing including the classic “On the Art of Writing Copy,” Herschell is often called on to lecture on copywriting, just as he is invited to sing the theme from “Two Thousand Maniacs” at horror film festivals.) 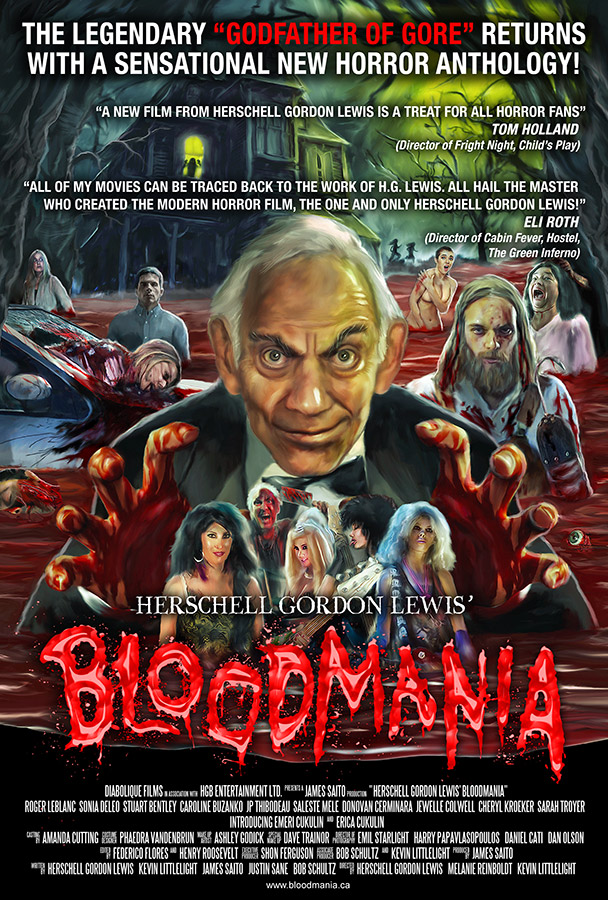 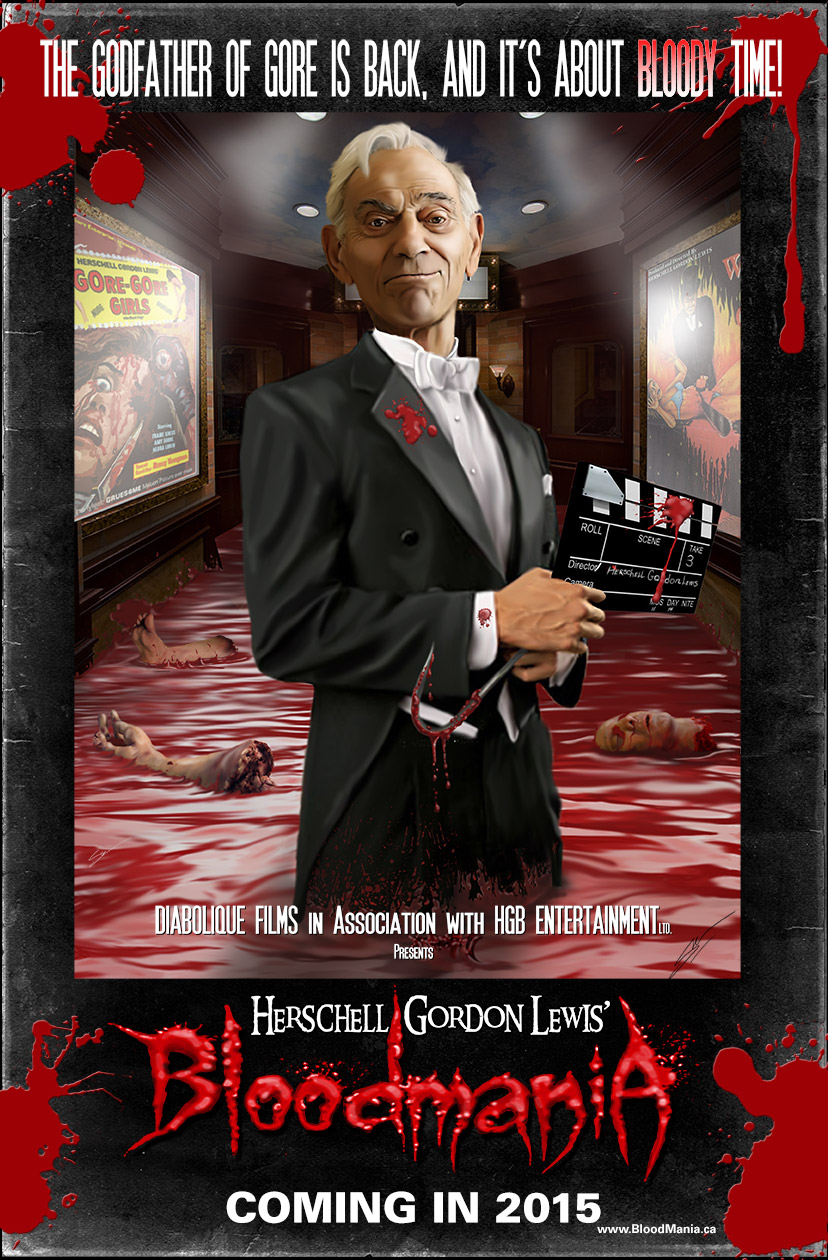 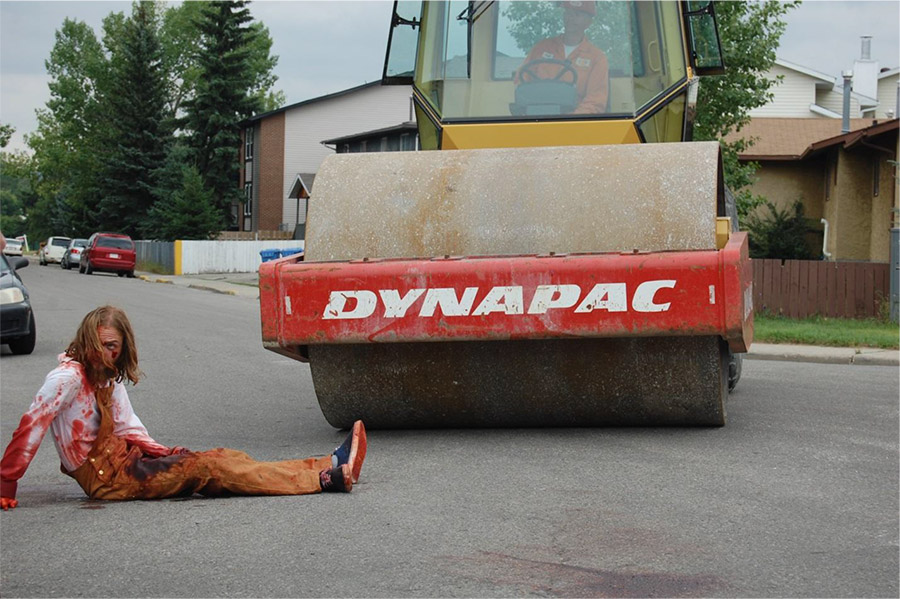 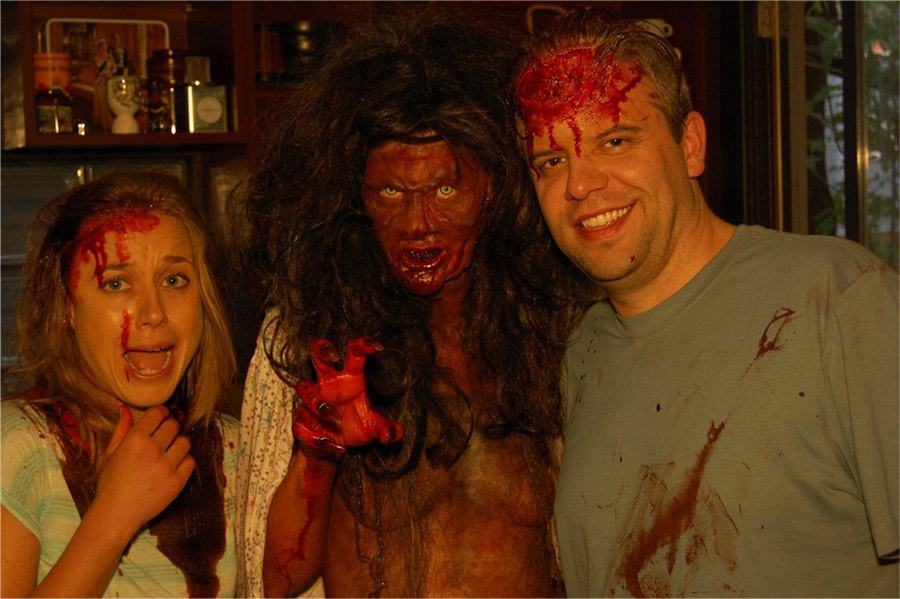 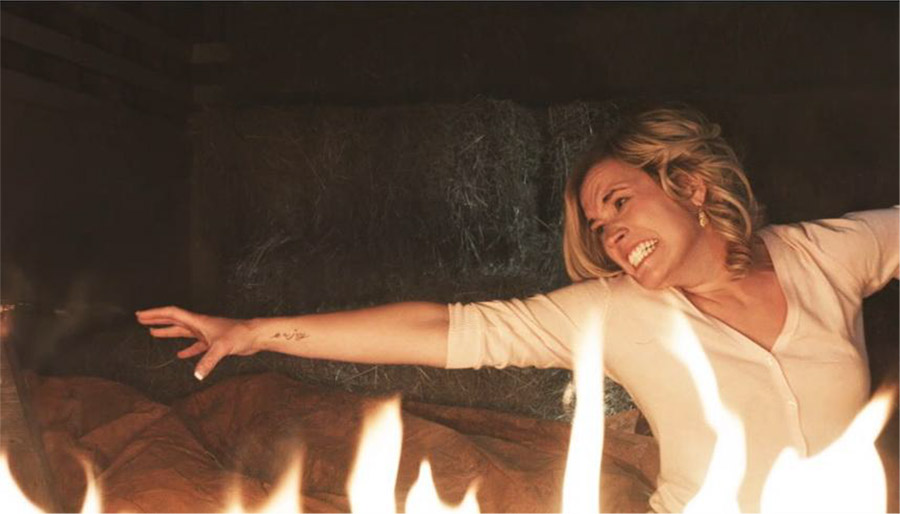 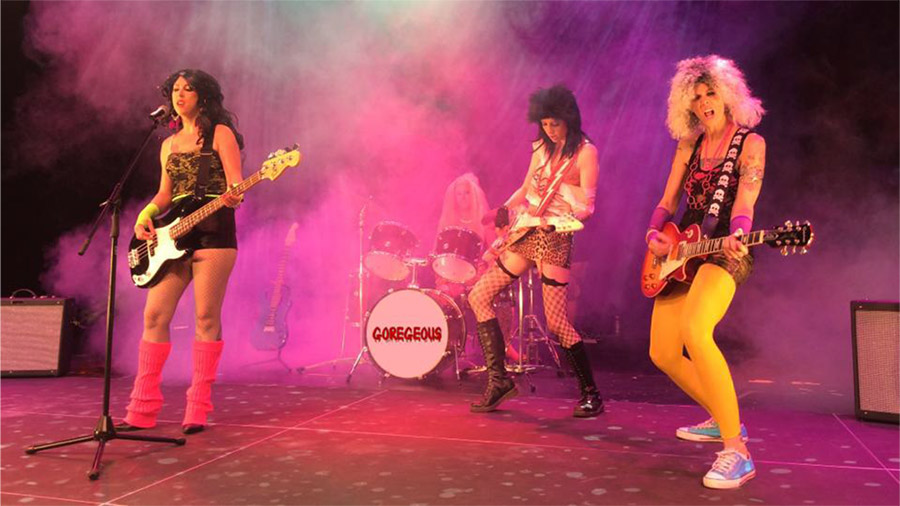 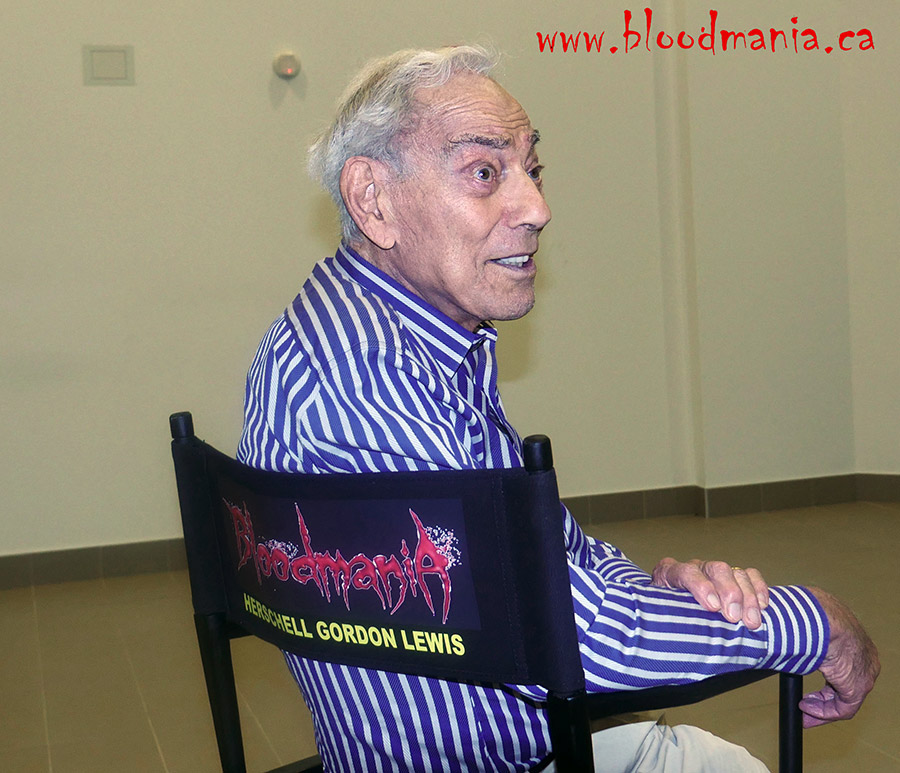 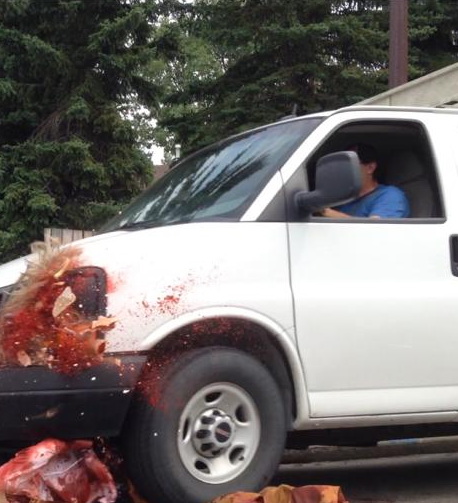 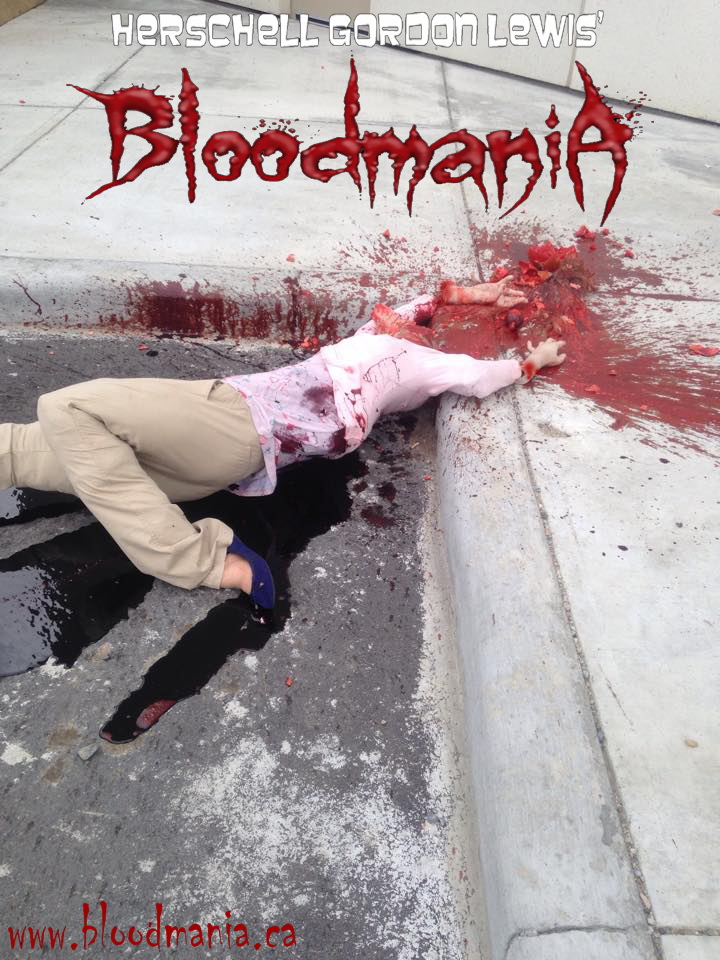